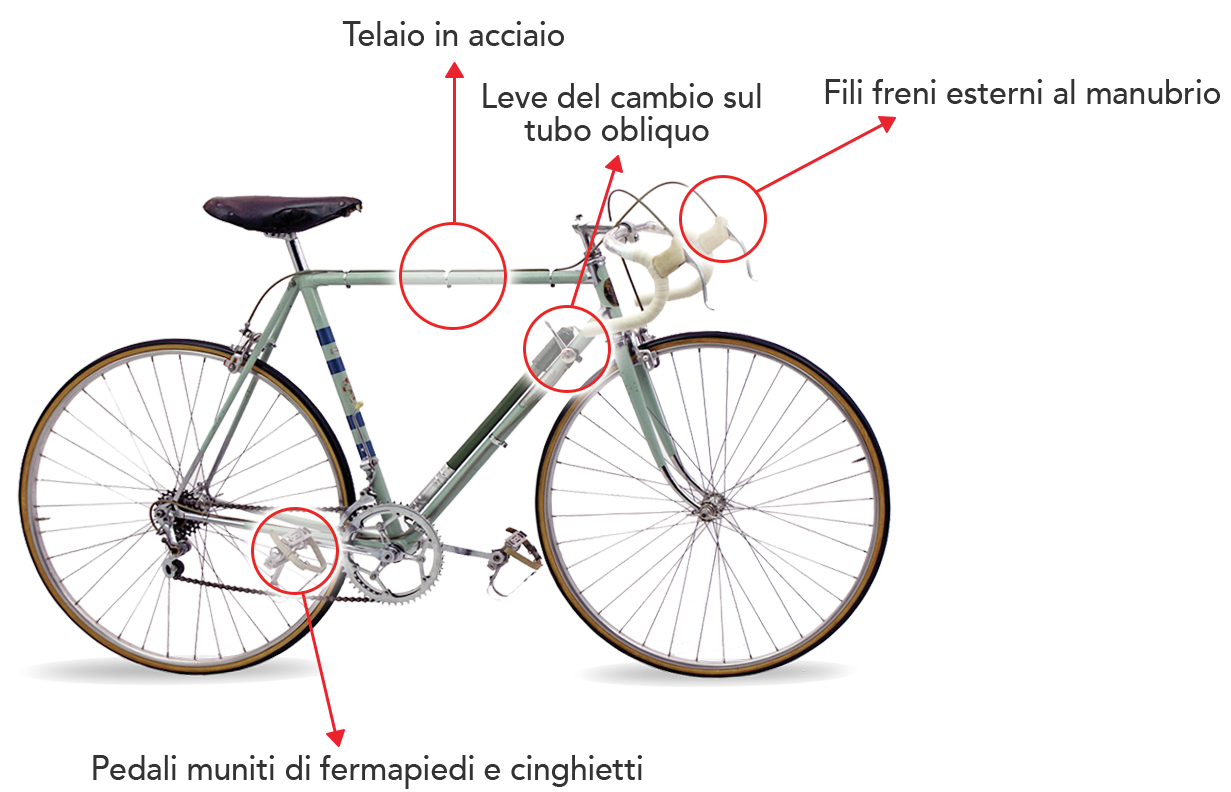 Only cyclists on so-called “bici eroiche” (“heroic bicycles” – vintage road racing bikes) may participate in the race. By ‘bici eroiche’ we mean bicycles having all of the following characteristics:

On specific request to the organisation, exceptions regarding the type of bicycle will be granted to participants with sensory or motor disabilities. Exclusively for the 46-km route, other types of vintage bicycles will be admitted, such as general working bicycles, postman’s bikes, leisure bicycles, etc. Any registered cyclist who arrives at the start line with a bicycle that does not conform to this set of rules and regulations will be not be allowed to participate. Non-club members between 16 and 18 years of age are allowed to take part only in the 46-km route and with the indemnification of at least one parent. Management reserves the right to disqualify any participant whose clothing or behaviour is considered farcical, mocking or in any case inappropriate for the event. During the event, cyclists who have not registered may not join the ride, at risk of being dismissed from the route. In case of accidents, they will be held civilly and criminally liable for any damage caused. Admittance to La VINARIA® is by invitation and the Organising Committee can, at any time and at its sole discretion and with no obligation for further motivations, decide whether to accept anyone’s registration.